We've rounded up the most mouth-watering breakfast spots North Jersey has to offer.

At Raymond’s in Ridgewood, Jorgi-Anandi Young waits on a customer at the old-fashioned marble counter.
Photo by Miki Duisterhof

The French Toast at Raymond's in Ridgewood.
Photo by Miki Duisterhof
VIEW WEBSITE

Raymond’s, Montclair, Ridgewood
Raymond Badach grew up in Jersey City, entranced with its old-time diners and their colorful denizens. A decade ago, he and business partner Joanne Ricci transformed 28—their upscale, New American BYO—into Raymond’s, a romantic evocation of a 1940s diner. It became so popular that, as Montclair’s Yogi Berra might have said, “nobody goes there anymore—it’s too crowded.” Indeed, people love or hate Raymond’s, as they did Berra’s post-war Yankee teams, because it’s the one to beat. Adding a second location in 2012, Raymond’s remains unmatched at what it sets out to do—deliver expertly crafted comfort food at reasonable prices in a setting so hip and faux timeless you just hate to leave. 28 Church St, Montclair, 973-744-9263; 101 East Ridgewood Ave, Ridgewood, 201-445-5125—EL 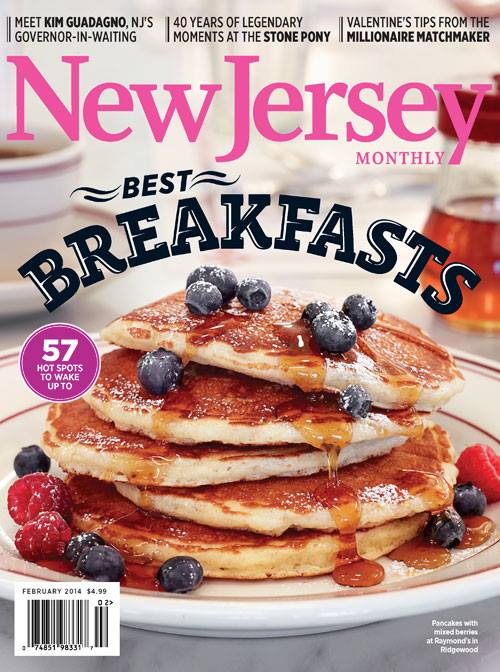